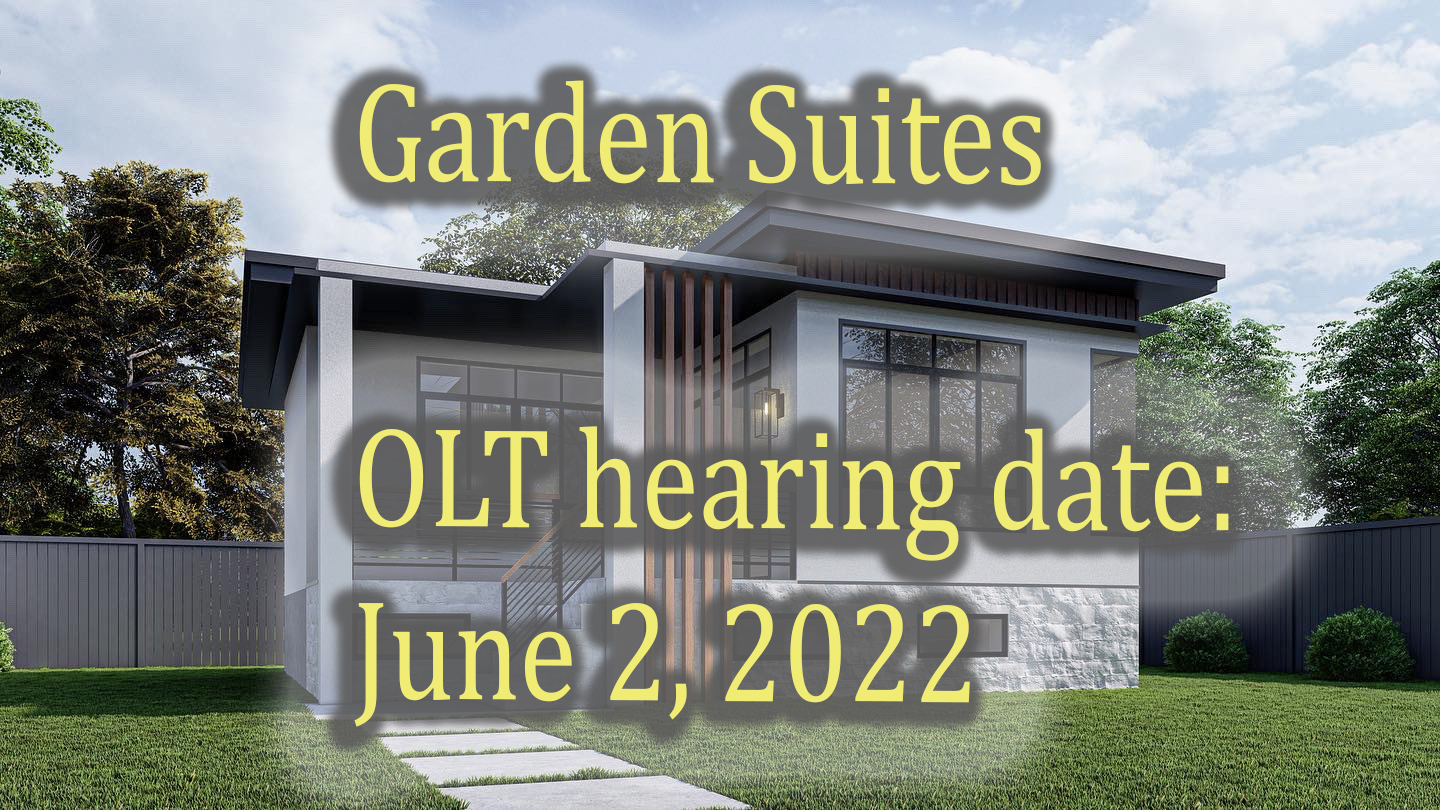 The new Garden Suites program in Toronto passed by an overwhelming 19 to 5 vote at City Hall back on February 2nd of this year.

Just as the Building Department at City Hall was gearing up to accept their first applications, word came down that a gang of several neighbourhood associations were challenging the bylaws, taking their case to the Ontario Land Tribunal, claiming the City had “over-reached” with their new program.

At that time, industry-watchers were left scratching their heads, as this type of decision was not normally open to an appeal of this type.  After all, this new “missing middle” housing, and the addition of a third living unit on almost every residential lot in the province, was being imposed by the provincial government, under Bill 108, and notably, it’s already in effect in many municipalities and towns across the province, including Guelph, Windsor, Barrie, Welland, and others.  Brampton is expected to pass their bylaws this summer.

Now, we have recently received word the the City of Toronto has made an application to dismiss the appeal, and the Ontario Land Tribunal has indeed set a June 2, 2022 hearing date, to consider the motion.  Should the application be successful, the Garden Suites program could be back on track very soon after.