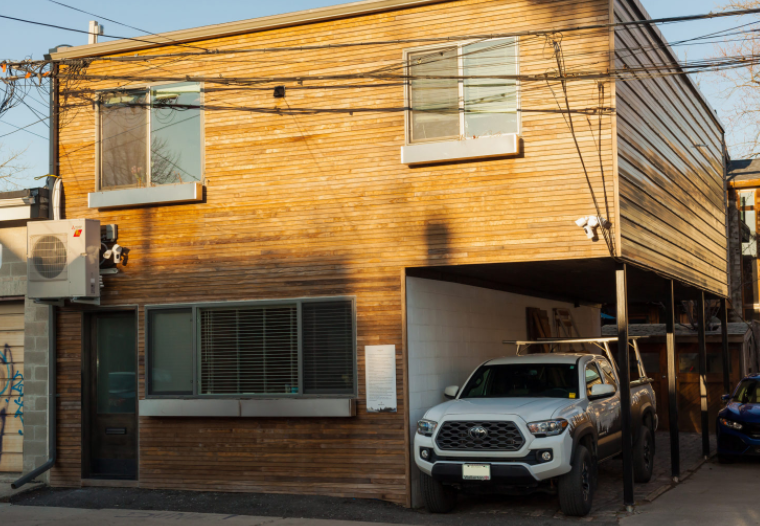 A Toronto builder turned his garage into a $400,000 laneway house

Who: Cédrine Turbide, 25, a consultant; and her father, Yuill McGregor, 60, founder of North on Sixty, a minimal-waste home building company. 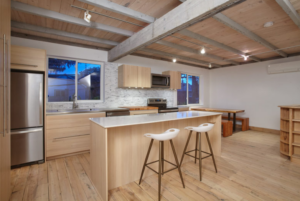 The history: Yuill and his wife, Sylvie Turbide, bought a three-bed, three-bath detached in Seaton Village for $242,500 in 1991. Shortly after, he turned the house into an urban cottage, using recycled Douglas fir for his living room floor and walls. 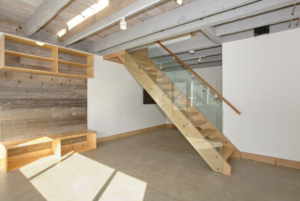 Yuill, a self-taught woodworker, liked the property in part for its concrete block garage in the laneway, which he used to store materials for his building companies over the years. 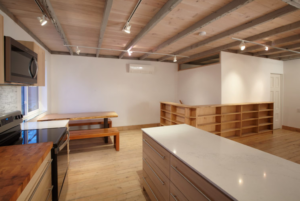 Fast-forward to early 2018, when his daughter, Cédrine, graduated from McGill University and returned home to live with her parents. 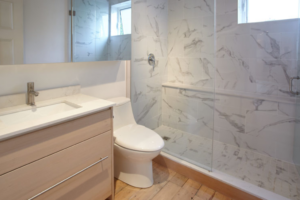 Later that year, Yuill read a piece in the Globe and Mail about the city’s new laneway house program. Yuill immediately phoned an industrial designer to make arrangements. Within three weeks, they submitted plans to the city.