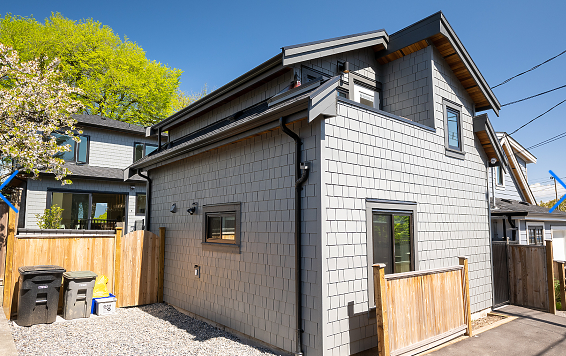 Modest Vancouver home with laneway house sells for over $4 million

From the Globe and Mail:

Realtor Danny Nikas thought that they might be pushing it, listing an east side property on a 33-foot-lot for almost $3.6-million. But the seller, who’s experienced in real estate, insisted on the price. They ended up setting a Vancouver record. 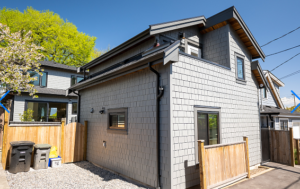 The seller had purchased an old house at 332 E. 23rd Ave., on the east side of Main, and in 2020, built a new 2,900 square-foot home with laneway house. Although it’s only a standard 33- by-122-foot-lot without much in the way of yard space or landscaping, and some mountain views, the seller knew that there was a market for it.

The seller insisted that they wait two weeks to look at offers. After two weeks on the market, the property sold Monday night for $4-million – the highest price paid for a house on a 33-foot-lot on Vancouver’s east side, says Mr. Nikas.

They received three offers, all over the asking price of $3.588-million. One offer was slightly higher than $4-million. 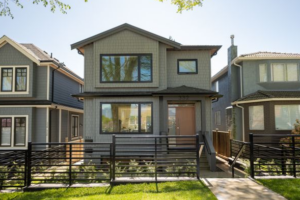 “I had so many calls the next two days from realtors, calling and saying, ‘I heard a rumour, is this true? Four million dollars?’ One realtor said, ‘that’s a record that will never get broken.’ It will get broken – eventually.”

All the offers came from millennial age buyers with young kids. All offers were subject free and were made with a bank draft deposit. The winning offer came from Canadians who’d been working in Seattle and sold a house there, and that gave them the edge, says Mr. Nikas. Mr. Nikas felt that the couple with the American money would be less risky.

MORE at the Globe and Mail