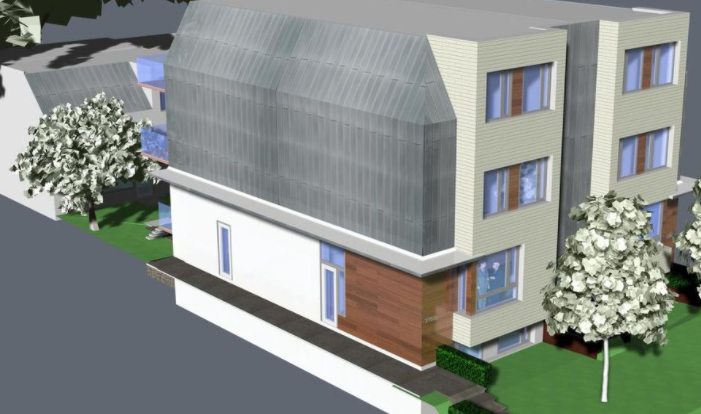 From a single house to two fourplexes with laneway suites: A plan to bolster the ‘missing middle’ in east-end Toronto

From the Toronto Star:

On a plot of land in Toronto’s east end stands a red-brick house with a pointed roof — home, for now, to two sets of renters, one upstairs and one down. But the property may soon see an overhaul that would quintuple the number of households on the single plot, after being purchased by a developer last year.

The house would be demolished, the land spliced in two. Two fourplexes with two bedrooms per unit have been designed — one per lot — and out back, a pair of laneway suites with three bedrooms apiece. 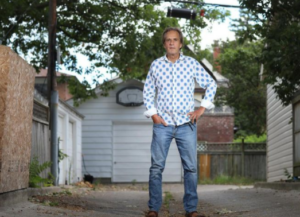 The sweeping plan hasn’t yet been greenlit by the city; an application has been made to Toronto’s Committee of Adjustment for approval to lop the property in half. But, if that passes GO, it’s a project that developer Rolf Paloheimo and planner Sean Galbraith hope will fill a hole in Toronto’s housing supply — known as the “missing middle,” falling between detached homes and soaring highrises.

“What we were looking for was a property that wasn’t well-utilized, that we thought would have potential, to take one property and make more out of it,” Paloheimo said.

MORE from the Toronto Star