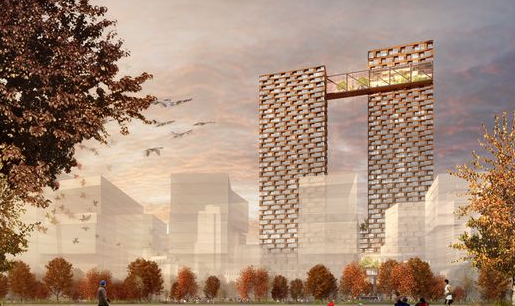 Affordable housing is possible, even in Toronto’s downtown core – The Globe And Mail

From The Globe And Mail:

If there’s one thing that Alfredo Romano is proud of when it comes to his 3C Waterfront development, it might be the way it debunks an old real estate adage – the one that says you can’t have dissimilar income and demographic brackets co-existing on the same piece of high-priced real estate.

“I don’t want to create exclusive neighbourhoods,” says Mr. Romano, president of Toronto-based Castlepoint Numa. “It’s not what we’re about and it’s not what the city should be about. Toronto is so tightly woven that unless you integrate housing types across the city you end up creating ghettos. Urbanistically, it’s better to have mixed neighbourhoods.”

PLEASE NOTE: Toronto laneway housing regulations have recently been updated, some of the information contained in the linked articles may be out of date or inaccurate as of today’s date.

3C Waterfront will be exactly that – on a grand scale. A 2.5-million-square-foot community of commercial, residential and public buildings on a 13.5-acre strip of prime real estate abutting the Keating Channel, the 1,000-metre long waterway in Toronto that connects the Don River to inner Toronto Harbour on Lake Ontario. That’s an area roughly the size of Nathan Phillips Square, and 1.5 times the square footage of the Britain’s second tallest building, One Canada Square located at London’s Canary Wharf.

MORE from The Globe And Mail